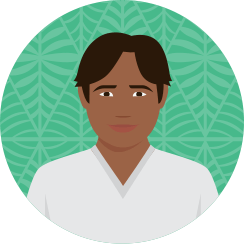 After making some poor decisions, John was desperate to return to the workplace.

John is a friendly, loyal, and committed employee. Prior to his referral to Workwise, he had been employed for 18 months at a local supermarket.

He’d even been acknowledged by the Keep Rotorua Beautiful Awards for his outstanding work at keeping the supermarket surroundings clean and tidy.

Towards the end of his employment, John, unfortunately, made some poor decisions, which led to his dismissal.

Sometime later an accident saw him suffer second-degree burns to his lower legs, resulting in a long recovery in hospital.

When John was referred to Workwise in February 2010 he had been through a lot.

He was paired with Sandra* as his Workwise employment consultant and with time, they built a great relationship.

A journey towards employment

Knowing that John was desperate to return to the workplace, mix with people and make a contribution to his community, Sandra approached a couple of large businesses in the hope of finding him work experience.

To John’s delight, a local freight company was happy to provide him the opportunity to do some work experience at their depot.

Ecstatic, he accepted the offer.

“John now volunteers at the depot two mornings each week and is seen as an integral part of the team,” says Sandra.

“He wears his uniform with pride and contributes to a variety of tasks from assisting drivers with deliveries, mowing lawns and weeding the gardens, to helping keep the landing clean and tidy.”

At the beginning of June, John began paid work under the Ministry of Social Development’s Mainstream Employment Programme. He’s now working at a local primary school as a caretaker’s assistant one day a week.

“John is quickly endearing himself to the staff and looks forward to work each week,” says Sandra.

John’s supervisor is delighted with his punctuality and ability to do such a wide range of tasks.

John’s district health board key worker has commented on the positive changes she has seen in John since he started his volunteer work and now his paid employment at the school.

She says the ‘old’ John she knew when he was working at the supermarket is now back – and he now knows what he needs to do to maintain good mental health.

John feels really positive about himself and his future. So much so, he’s decided not to accept a referral to an Adult Community Mental Health day activity programme, preferring instead to make his place available to someone who will really benefit from it. 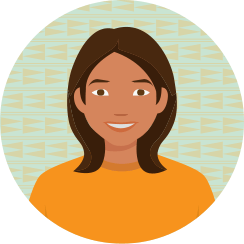 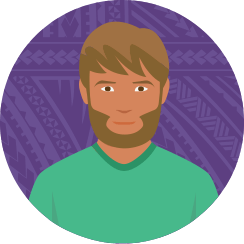